i found out i had fibromyalgia over a year ago… i started reading books and attempting to learn as much as possible, yet after a year has passed, i feel like i was not taking in as much information in as i should. in the last four weeks, i have learned more than in the entire year, not by books or doctors, but by social networking.

my name is “my foggy brain” and i am a fibromite. i have the “invisible condition” noone wants to believe and noone can see. the strange thing is, social media, by definition is “the unseen”. it is virtual. it is facebook… it is twitter… it is blogging. so i remain “invisible”. i remain invisible by choice. i admit i am new to this. i have only been doing the fibro twitter and blog thing for a month so maybe there is a time when people get together. i’m not sure if i’d be up to doing that… i mean by definition, we are a group of people who don’t travel well. i can’t fly and can’t see a time when that would be a good idea. i can’t ride in a car more than 45 minutes without major pain. soooooo where and how would a “tweet up” happen? don’t get me wrong here… i was just sitting here and found it ironic. invisible disease/ invisible people.

i have been doing the social networking thing for a long while now, i have two twitter accounts (probably not such a great idea for someone who can barely finish a sentence… but i digress). i have an account just dedicated to my fibro friends and it is the best thing i could have ever done. very focused, provides me great information and the people… the people are GREAT! the level of support that the people provide to each other is so nice… i would have never thought it would be so nice. it is like a 24/7 support group. i totally underestimated the value of twitter in this respect. i am kept completely up to date on the latest and greatest news, medications, therapies, etc. AND provided wonderful support… AWESOME!

with my blog… i love the comments. it’s nice to know i’m not alone. i have been reading other people’s blogs and it’s been inspiring… so many people are suffering from fibromyalgia and feel alone and many don’t have a lot of support. it’s hard to read, i want to reach out and jump through my laptop and help. this condition is so tough… it affects people in so many different ways…  the worst part about it to me is that it seems to affect people who in the earlier years were HIGH HIGH HIGH performers. people who went out of their way to help others and were always  doing too much and basically burned out their bodies. now when they need help, they don’t have a support system. just doesn’t make sense.

what do you think?

btw… if you want to follow me… i am @myfoggybrain

thanks for reading! stay cool!

It was an honor to contribute to this book! 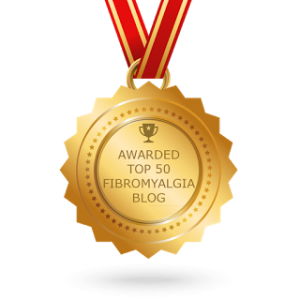 Thank you for the recognition!

fibromyalgia is real. pass it on. 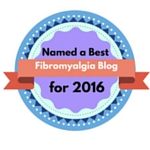 100 Best Sites for Fibromyalgia and Chronic Fatigue Patients – THANK YOU!

100 Best Sites for Fibromyalgia or Chronic Fatigue Information – THANK YOU! 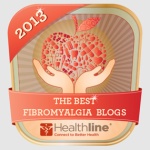 Stand Up for Mental Health

Thanks SpicyT, Nancy and Dogkisses!! 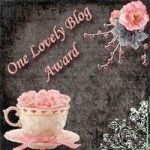 she makes me smile!

You must not rely on the information on this website as an alternative to medical advice from your doctor or other professional healthcare provider.

If you have any specific questions about any medical matter you should consult your doctor or other professional healthcare provider.

If you think you may be suffering from any medical condition you should seek immediate medical attention.

Links to other web sites are provided as a service, but do not constitute endorsement nor responsibility of content of those sites by myfoggybrain.com.